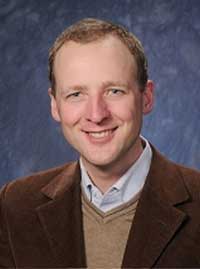 O. Anatole von Lilienfeld develops methods for the design of new chemicals through exploration of compound space using quantum mechanics, super computers, and machine learning. He is also interested in pseudopotentials, van der Waals forces, and nuclear quantum effects. As of Dec 2014, Anatole serves as a member of the Editorial Board of Nature’s Scientific Data. Since 2013, Anatole has been a Swiss National Science Foundation Assistant Professor in the Institute of Physical Chemistry at the University of Basel. Prior to that he has been member of scientific staff at the Argonne National Laboratory’s Leadership Computing Facility in Illinois which hosts MIRA, an IBM BlueGene/Q computer with nearly 0.8M compute cores—one of the world’s largest supercomputers accessible to open science and research. In spring 2011 he chaired the 3 months program, “Navigating Chemical Compound Space for Materials and Bio Design”, at the Institute for Pure and Applied Mathematics, UCLA, California. From 2007 to 2010 he was a Distinguished Harry S. Truman Fellow at Sandia National Laboratories, New Mexico. Anatole carried out postdoctoral research at the Max-Planck Institute for Polymer Research (2007) and at New York University (2006). He received a Ph.D. in computational chemistry from EPF Lausanne in 2005. He studied chemistry at ETH Zurich, the University of Cambridge (UK), Ecole de Chimie, Polymers,et Materiaux (ECPM) in Strasbourg, and at the University of Leipzig. Anatole descends from Baltic German refugees, he was born in Minnesota (1976), and grew up in Germany.

Many of the most relevant chemical properties of matter depend explicitly on atomistic details, rendering a first principles approach mandatory. Alas, even when using high-performance computing, brute force high-throughput screening of compounds is beyond any capacity for all but the simplest systems and properties due to the combinatorial nature of chemical space, i.e. all the compositional, constitutional, and conformational isomers. Consequently, efficient exploration algorithms should exploit all implicit redundancies present in high-throughput approaches. In this talk, I will first discuss the coupling of compounds through the use of fractional nuclear charges, and how one can calculate “alchemical” property gradients in chemical compound space. Thereafter, I will describe recently developed statistical machine learning approaches for interpolating (Kriging) quantum mechanical observables in chemical space. For both methods examples will be presented for predicting properties of out-of-sample compounds with high accuracy and small computational cost.